What motivates people to change their behavior for the better? Good question! It’s one we contemplate daily as we face the health, safety, environmental and equity issues that drain the vibrancy out of our community.

The Grayson Group brings together talented communication professionals to create multi-platform campaigns aimed at informing and influencing the behaviors of targeted populations. Our most recent work is in the areas of health promotion,  substance abuse prevention, sexual assault prevention and alternative transportation. 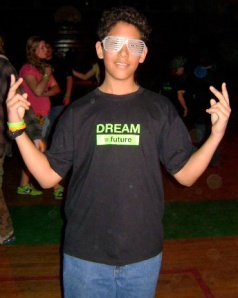 We use the term Social Change Marketing to describe this work. It involves delving deeply into the values, beliefs and mindsets of the people we want to connect with, and collaborating with them to develop a pathway for change.  We employ numerous approaches to research, including interviewing, focus groups, online surveying, intercepts, and direct observation.

For over twenty years, the term “Social Marketing” has been applied to marketing campaigns that aim to influence behavior, often health behaviors, rather than sell products. Since the emergence of social networking on the internet in the past 5-10 years, the term Social Marketing is now often used to describe commercial marketers’ use of online social space as a means to market to their customers. To alleviate the confusion of these disciplines, we include Change to more closely align with our goals of advancing social change.

– The Vermont Department of Health‘s Women Infants and Children program (WIC), with the goal of increasing the duration of breastfeeding in this population.

– UP for Learning (on behalf of the Vermont Agency of Education and Vermont School Boards Assoc.), creating campaigns and engagement interventions to support school change efforts, including Act 77 and Proficiency-Based Learning). Also working with UP for Learning (Unleashing the Power of Partnership for Learning) on Mindset, Motivation and Metacognition campaigns to reinforce positive attitudes about learning).

– VT FEED (Food Education Every Day — a collaboration of Shelburne Farms, NOFA-VT, and FoodWorks), video documentary on the Farm to School movement in Vermont, and how it encourages the consumption of fresh fruits and vegetables among students participating in hands-on farm, cooking, and nutrition education activities.

– Town of Hinesburg, Vermont, campaign to motivate the entire town to carpool more.

– United Counseling Services of Bennington, increasing parent involvement in their children’s lives as an intervention for underage drinking.

Many students stop themselves short of reaching their full potential, because of a negative or limited mindset — they just think they can’t do something or aren’t good at it. And that stops them in their tracks. But we know from the field of brain research that intelligence is not fixed, and continues to grow. Just knowing that actually increases one’s ability to learn.

The M3 Campaign materials, co-developed with youth-adult teams from around the State, aim to inspire the adoption of the growth mindset. 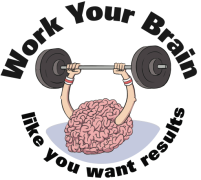 The Challenge
Southern Vermont College is a growing private school with a strong emphasis on career preparation. Because of its competitive tuition and relationships to feeder schools in New York State, the population is exceptionally diverse for Vermont. Excessive alcohol consumption is often seen as a birthright, or at least a required rite of passage, but often leads to several other risk behaviors effecting both individuals and the community as a whole.

The Discovery
Mining data from the Core Institute health assessment survey (CORE), there were many promising self-reported behaviors that could be used to “norm” perceptions around alcohol use on campus.

The Actions
Students, the target audience for the campaign, were engaged at every step of the development process, with design, messaging, placement and selection of personal items (swag) that they would proudly wear, spreading the message. Materials featured images of hardworking SVC students, and final forms included decals, posters, table tents, lanyards, sunglasses, water bottles, buttons and T-shirts — many of which featured the popular campaign slogan Sober is Sexy.

The Results
Positive results were seen in several places in a follow-up implementation of the CORE survey. Highlights include:

– Students think the average student drinks alcohol at least once per week or more goes down by 5.9%

– Students self-report that their personal behavior of drinking once or more per week goes down by 10.5%

– Students didn’t drink the last time they had intercourse increases to 84.7%

The Challenge
During the last century, the town of Springfield, Vermont [pop. 9,373] was a hub for tool and machinery manufacturing. Large red brick buildings line the river flowing through town, and one can imagine a thriving heyday. Then, manufacturing of this sort went overseas, and those stately buildings are now almost all abandoned and condemned, along with many empty storefronts on Main Street. Growing up and living in Springfield, people drive by the sight of failure multiple times per day.  Alcohol abuse among teens is among the highest in the state.

The Discovery
In-depth interviews and focus groups with the target audiences led to great insights.  [We worked on campaigns for the middle school, high school and 21-25 year olds, and conducted primary research with each group.] Among the 21-25 year olds, we discovered that the people who drank moderately had goals and dreams that they were working on (finishing school, getting a better job), and the people drank heavily did so because there was little that they were looking forward to. So we set about to ignite aspirations.

The Action
A multi-platform campaign centered around the theme of “Springfield Dreams,” and included bumper stickers, t-shirts, and an online video contest. Our aim, with very limited budget, was to engage the entire town in a three-month imagination exercise, to envision and dream of their future — individually and collectively. A re-branding campaign sponsored by the Chamber of Commerce was also underway.

The Results
Positive responses about the campaign and materials came from many stakeholders as well as the target population. There was a high level of awareness about the campaign, and there are plans to continue it annually. Participation in the online video contest would have benefited by having additional resources to do more on-site interviews.

Bumper stickers were a hot item.

The Vermont Department of Health’s Women Infants and Children (WIC) Program, was interested in a social marketing campaign that would lead to increasing the duration of breastfeeding in their population, which is generally a lower socio-economic and multi-cultural demographic.

We developed a highly visual campaign that focused on the benefits of breastfeeding, and the peer support available for overcoming obstacles.  Elements of the campaign included:
– Breastfeeding Checklist;
– short-form comic book Main Street Moms “I Got Milk!”;
– lifestyle magazine, “Born and Raised the Vermont Way”;
– DVD and web video of national expert Amy Spangler describing what to expect in the early days of breastfeeding;
– cause bracelet for both the mom and support team to wear to the hospital, that say “I’ve Got Milk,” and “We’re Breastfeeding”;
– a tag to attach to the baby’s first carrier;
– and additional materials targeted towards health care providers.

The campaign is part of of research study, that will have outcomes available in 2011-2012. 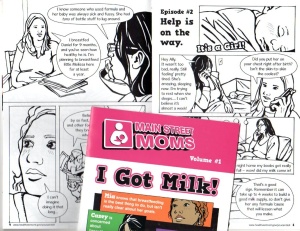 The administration at Mt. Anthony High School in Bennington, Vermont wanted to incorporate some “school spirit” themes into the underage drinking campaign, as they have one of the highest drop-out rates in the state. Using an updated version of the school mascot, the Patriot, brought campaign goals together.

Students in focus groups were quick to point out the socio-economic diversity of the student body, with many students coming from families without a history of high school completion or higher education. Entering the workforce after (or before completing) high school provides an immediate value to some families.

All the students in our group, however, thought it was important to finish high school (though they understood the perspectives of their peers to chose not to). The campaign themes were born from their desire to support each other in taking care of themselves and finishing high school.

Using a contemporary adaptation of the school mascot of the “Patriot” as a starting point, the campaign included posters, an outdoor banner, T-shirts, cause bracelets, decals and water bottles. 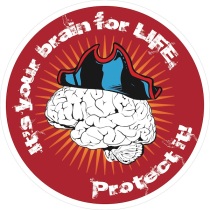